SCROLL DOWN TO FIND THE BOOK YOU ARE SEEKING…

THE WAY OF THE BELOVED

A Spiritual Path for Couples

by Robert and Diana Van Arsdale 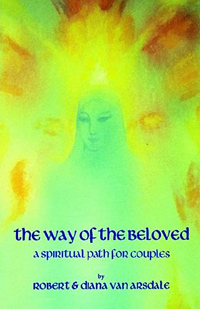 This is not a book about couples, but a book for couples. It is a book for intensifying the love between a man and a woman. It begins with the invoking of more love; it is concerned throughout with practical ways to become more loving; and it ends with the vision of love fulfilled. It is a book for realizing the Union of Opposites through spiritual love thus it becomes a book for developing universal compassion.

The Way of the Beloved is the practical application of the esoteric teachings of Herman Rednick on the spiritual nature of the man/woman relationship. Moreover, it is the outcome of 32 years of meditation, study, and daily experience in the lived relationship of a man and a woman, striving on the path of the beloved. Consequently, we have put all of our knowledge, skill, insight, aspiration, devotion to the path, and reverence for our teacher into this book.

THE PATH OF THE CHRIST 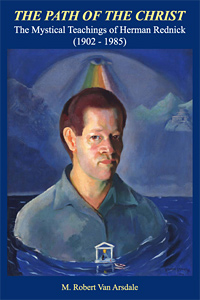 This book is about the teachings of …a Mystic and Initiate, who was not a public figure, who lived in a fringe area of mountains and desert, and who not once gave any seminar or lecture to a public audience. Thus, few people have ever heard of this teacher … He did not publish a book until he was 76 years old, and thus, knowledge of him was through direct, personal contact. His name was Herman Rednick, he was born in 1902, in Philadelphia, PA, and he died in Taos, NM, in 1985. He was an artist, a painter, who had lived in Taos, New Mexico for 36 years, and it was only in the last fifteen years of his life that he had a small group of students — I am one of them! I met Herman in 1968, even before he had gathered a group about him, and through a series of unexpectable events it has fallen to me to present here his mystical teachings.

This is the only book that presents a systematic and detailed account of Herman Rednick’s teachings.

QUESTIONS & ANSWERS ON THE MYSTICAL PATH OF LOVE 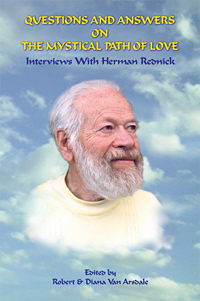 From the editors’ introduction

Two … early students, Justin and Mary Margaret Moore, wanted to write a book about Herman and they conducted and taped 30 interviews with him, from September 8, 1971 to April 27, 1972. … This bookx contains the questions and answers from the thirty interviews the Moores conducted with Herman … arranged into 35 separate categories according to subject matter.