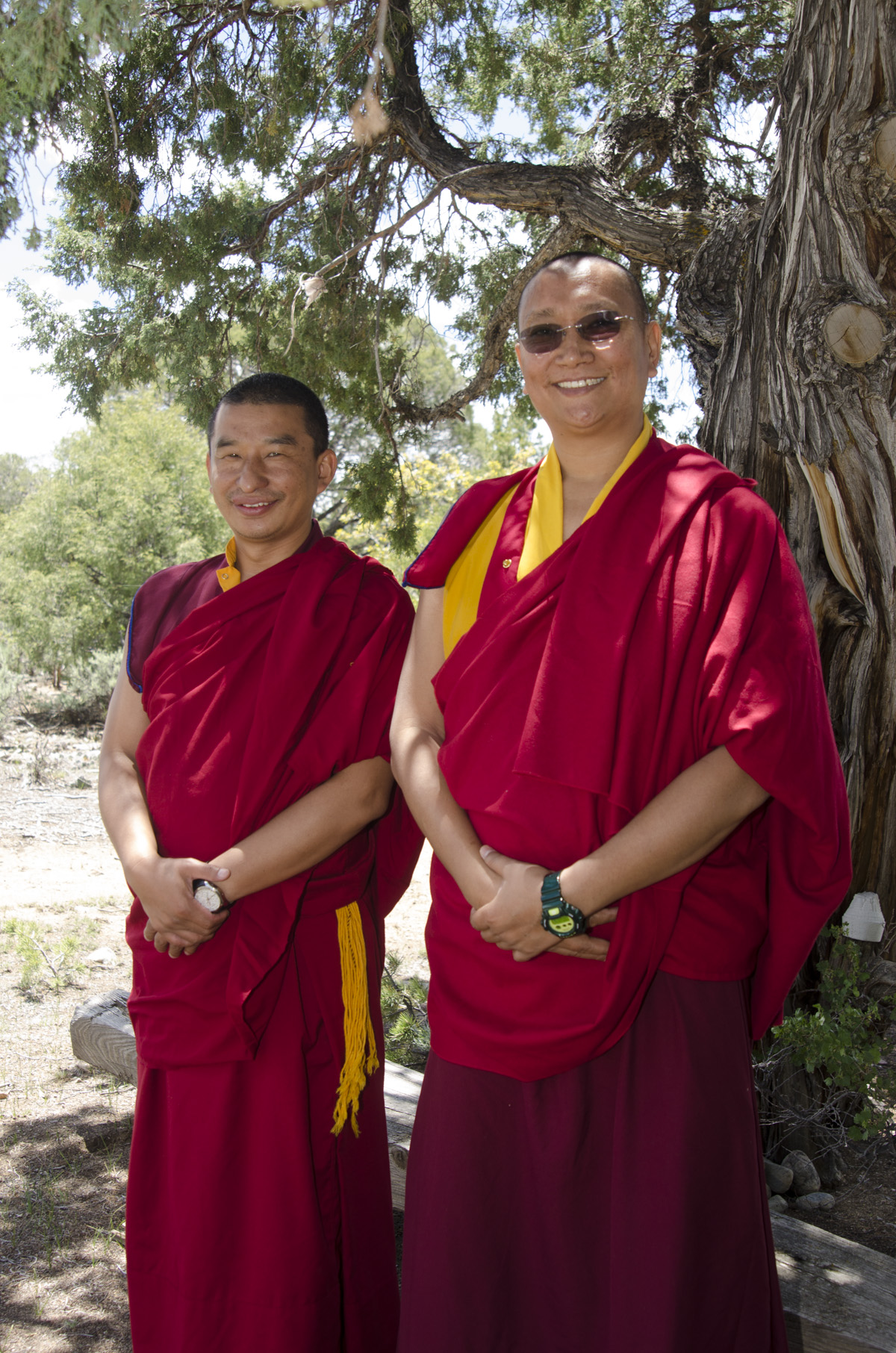 You are invited to attend all the teachings or any number of sessions.  During this weekend, the Khenpos are also available for interviews in which questions on any topic will be answered.  Please contact Hilece at 575-586-1454, or in person over the weekend retreat, to schedule an interview.

The schedule is as follows:

Born in 1968 in Bhutan, Khenpo Jigme entered Thrangu Rinpoche’s main monastery, Tashi Choling in Boudanath, Nepal in 1983, later receiving full ordination as a monk. He enrolled in Namo Buddha Institute for Higher Buddhist Studies in 1989, where he completed the five-year program of studies as well as traditional Kagyu three year retreat. Highly skilled in Buddhist philosophy, ritual and meditation, he was appointed by Thrangu Rinpoche to teach at Namo Buddha and Vajra Vidya Institutes. Rinpoche designated him “Khenpo,” i.e., master of Buddhist philosophy (similar to a PhD. in Theology).Khenpo Jigme is resident lama at Rinpoche’s Vajra Vidya Institute in Crestone, Colorado. Much admired for his erudition and incisive intellect, he is loved by an increasingly wide number of students in the West for his gentle nature and charming good humor.

Khenpo Lobzang was the Director of Vajra Vidya Institute and, along with his many administrative responsibilities, he taught shedra classes for the monks, seminar classes for foreign students and was a guest lecturer at Central University of Tibet Studies in Sarnath. Khenpo Lobzang’s parents moved from Tibet to Bhutan in 1950 where he was born in 1969. They lived near a small monastery which was offered by the 3rd King of Bhutan to His Holiness 16th Karmapa who in turn offered it to Thrangu Rinpoche. As a young child, his school was beside the monastery and, not liking school very much and thinking the monks’ life was better, asked his family if he could be a monk. After much begging and pleading, his mother made him promise that if he became a monk he would stay with it. He entered the monastery at age 9 and much to his surprise studying was much harder in the monastery than in the school. At 13 years of age, since Thrangu Rinpoche wanted to start the shedra in Nepal, he moved to Boudhanath monastery and began his studies with Khenpo Nyedon, learning pujas and studying commentaries. He entered the shedra at age 22, completed the 5 year course of study, became an assistant teacher (Khorpon), then Lopon, and in 1996 became a Khenpo.  He also studied English at Oxford in 2009 and made his first trip to the USA in 2009, when he first visited Vajra Vidya in Crestone.He and Khenpo Jigme have known one another for over thirty years, were in the same monastery from age 13, and went through shedra together.

At the Earth Journey Center, there are campsites and several indoor rooms, with kitchens and bathrooms available, for any who want to spend either or both nights. You need to provide your own breakfasts and suppers.