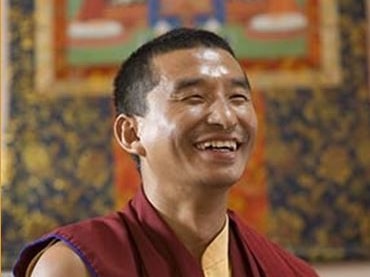 We have the great blessing and privilege to again welcome Khenpo Jigme who, upon Thrangu Rinpoche’s recent request, has assumed duties as the Spiritual Director and President of the Board for Namo Buddha Seminars and Vajra Vidya Retreat Center.

We will gather at 2 pm at the Herman Rednick Center, 40 Lorien Road, in Questa, NM.

Khenpo will lead us in a Milarepa practice with full Tsok – food offering, followed by a Sur – an evening fire puja. He will give reading transmissions of the practices and teachings.

All are welcome, and invited, to bring food offerings for the Tsok.

You need not have taken refuge to join us.

He will be available to do a few private interviews beginning at 1 pm before the 2 pm. practice, as well as in between the practices. If you are interested, please e-mail Hilece and/or come early–there will be a sign up sheet on the side table.

Suggested donation $15. No one turned away for lack of funds. 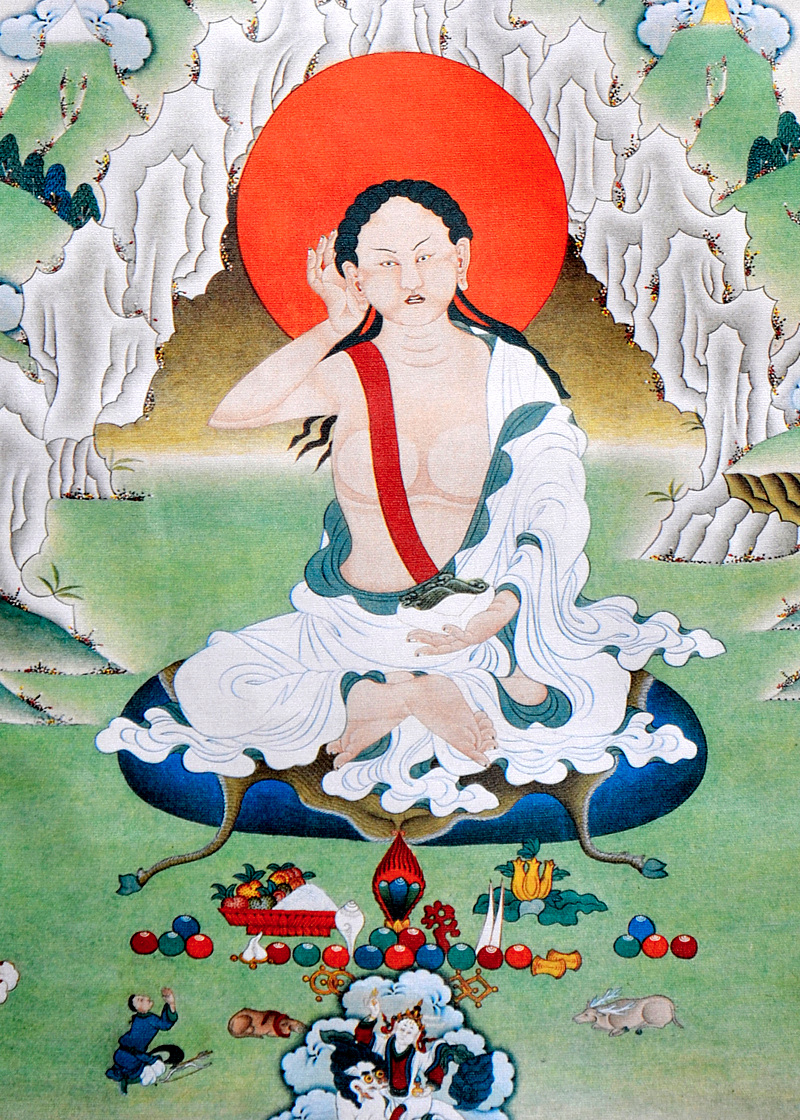 ABOUT THE TEACHER: In 1980 Jhenpo Jigme became the first Bhutanese monk of Thrangu Tashi Choling Monastery in Kanglung, Bhutan. There he began his monastery education: learning Tibetan, studying scriptures, and learning Buddhist rituals. In 1983 he came to Thrangu Tashi Choling, the main monastery of Thrangu Rinpoche, located in Boudhanath, Nepal. At that time he received full ordination (gelong) from Thrangu Rinpoche. During his time at the monastery he mastered ritual practices and Tibetan grammar. He entered Namo Buddha Institute for Higher Buddhist Studies at Namo Buddha, Nepal in 1989 and completed the five-year program. In 1994 he entered and completed the traditional three-year retreat at the retreat center at Namo Buddha. During this retreat, all the rituals and meditations of the lineage are learned, enabling the person who completes it to become a teacher (Lama).

As Khenpo Jigme was skilled in both Buddhist philosophy, ritual and meditation, in 1997 Thrangu Rinpoche appointed him as a main teacher for the Namo Buddha Institute and the Vajra Vidya Institute in Sarnath, India, and gave him the title of “Khenpo.” This title is given as a master of Buddhist philosophy, similar to a PhD. in Theology. Since then, he has been one of the main teachers of the two monastic colleges. He has also taught Buddhist Dharma in Malaysia. In the spring 2005 he began teaching western students, giving both translated Dharma talks, and helping teach an intensive program in Tibetan language for westerners.